Anger as Bolsover Independents fail to unite letting Labour back in 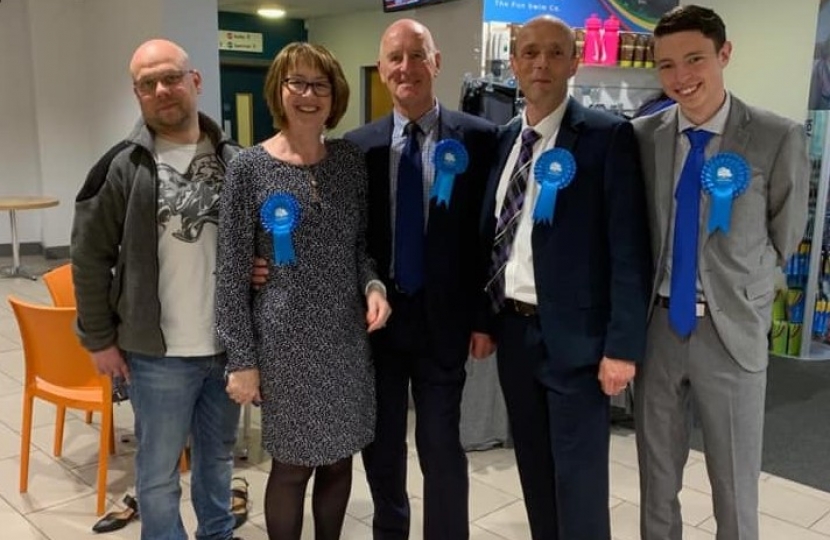 Local Conservatives have expressed their disappointment at the failure of the Independents to come together with the Conservatives and Lib Dem to form a new “anti-Labour” administration at Bolsover District Council.

The local elections on 2nd May saw Labour sensationally lose their majority on the Council after over 40 years with a tight grip on control.

Labour lost 14 seats, going down to just 18 - one short of a majority.

The Independents gained 11, the Lib Dems gained one and David and Maxine Dixon won in Barlborough Ward as the first Conservatives elected onto Bolsover District Council since 1987.

If the 16 Independents, two Conservatives and one Lib Dem Councillor agreed worked together, they could have formed a new “rainbow” administration, with a majority of one, and kept Labour out of power.

At an early stage after the elections, Conservative Councillors David and Maxine Dixon made clear their offer to work with the Independent and Lib Dem members to ensure that the Council changed political control.

However, due to a failure to reach a consensus within the Independents, talks broke down. Eight of the Independents have subsequently formed a new group and offered their support to Labour in order to keep them in power.

Speaking at the first Full Council meeting since the election, Cllr David Dixon put on record his disappointment at the failure of the Independents to find common ground.

Commenting, Cllr Dixon said: “Despite losing the majority on the Council for the first time ever, Labour are still in power, due to the inability of some independents to work together to form an alternative administration.

“The Conservative Group would have been very happy and indeed offered to work with and support our Independent and the Lib Dem colleagues to find a way of giving the District Council the fresh leadership it so desperately needs.

“Disappointingly, that is clearly not to be. However, we remain committed to working with Councillors from other parties and those Independents who are not propping up Labour, to hold the administration to account and show the residents of this District that they deserve so much better.”

Pictured: Cllrs David and Maxine Dixon (centre and centre left) pictured at the counting of the votes shortly after their victory as the first Conservative Councillors elected onto Bolsover District Council since 1987.