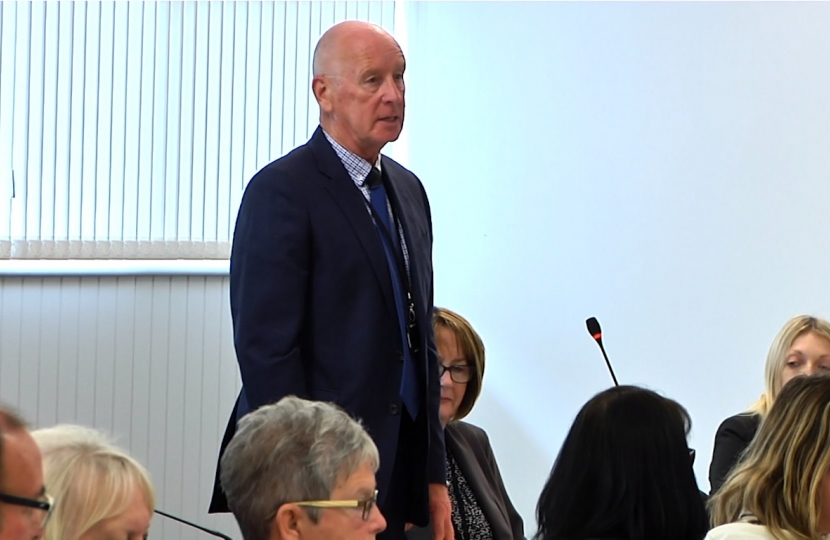 Local Conservatives have called on Labour and Independent-run Bolsover District Council to urgently reduce the amount of money Councillors receive in allowances.

The authority has come under heavy fire for several years for paying one of the highest basic allowances to elected members in the country for a district council of its size.

Bolsover District Councillors receive a basic allowance of just under £10,000 per year, almost double what their counterparts in neighbouring North East Derbyshire receive, despite having no additional roles or responsibilities.

Newly elected Conservative District Councillors for Barlborough and Clowne North, David and Maxine Dixon put forward a motion at a full meeting of the Council last week. The motion called for an urgent independent remuneration panel to be convened to review the level of allowances and in the interim, for the rate to be immediately reduced to the same level as North East Derbyshire District Council.

Sadly the motion fell on deaf ears and despite receiving some support from fellow opposition Councillors, the Labour and Independent-run administration blocked the proposals, agreeing instead only to appoint an independent renumeration panel prior to the 2023 election.

Commenting during the Council meeting on the fact that Bolsover pays its members one of the highest allowances in the Country, the Labour Leader Cllr Steve Fritchley said simply, “somebody’s got to be at the top”.

Cllr David Dixon said: “We’re really disappointed that Labour and many of the Independent Councillors failed to recognise why so many residents are concerned about the over-inflated allowances Bolsover Councillors receive. This amounts to hundreds of thousands of pounds which could be much better spent on improving frontline services.

“Councillor allowances simply should not be set by Councillors. That’s why we have independent panels set up to recommend what the appropriate rates should be. Here in Bolsover, they haven’t organised an independent remuneration panel to look at the basic allowance since 2014 and even then they rejected their recommendations, opting instead for the current massively inflated amount.

“This is just one of the symptoms of the fact that our District Council has been a one-party-state for far too long and is in desperate need of change. While I expected this level of contempt for residents from Labour, I really didn’t think we’d see it from the so-called Independent Councillors who are keeping them in power.”

Cllr Maxine Dixon added: “During our election campaign, we committed ourselves to fighting to cut the cost of our politics and if unsuccessful, allocating a portion of our own allowances to local community causes. So that’s exactly what we’ll be doing. We urge other opposition Councillors who feel as strongly as we do to do the same.”

The full wording of the motion, as proposed by Councillors Dixon on 17th July 2019, was: