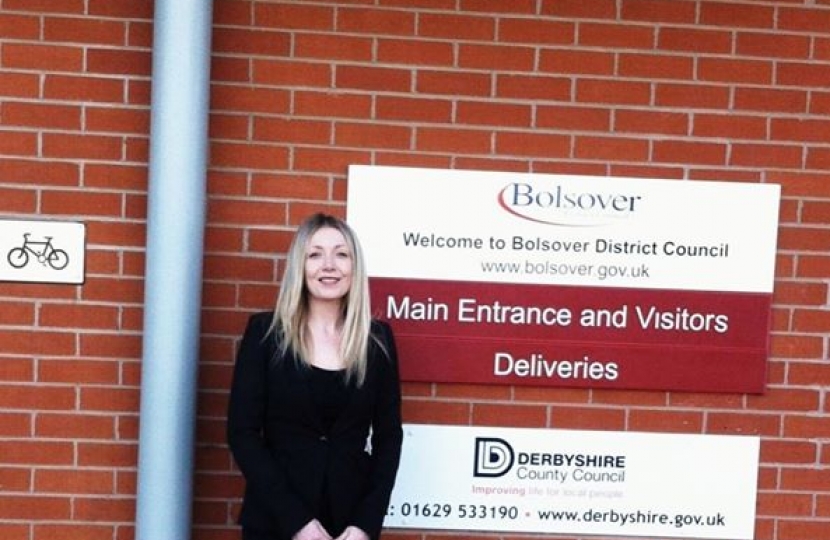 Cllr Hoy has represented Clowne East ward at the local District and Parish Councils since May 2019. She was originally elected as a Lib Dem Councillor but resigned in September due to concerns over the Party’s position on Brexit. Since then she has sat as an Independent Councillor, but this week has announced her decision to join the Conservatives.

Commenting, Cllr Hoy said: “I have worked closely with Barlborough Councillors David and Maxine Dixon, since being elected several months ago. It has been a pleasure to work alongside two passionate, dedicated, community-focused councillors.

“I very much look forward to working together and alongside our newly elected MP Mark Fletcher, to continue to improve and represent Clowne, Barlborough and the Bolsover District.

“These are exciting times of change in the Bolsover District and I'm delighted to be a part of it.”

Barlborough and Clowne North Councillor, David Dixon, who also serves as a local Party Vice Chair, said: “We’re absolutely delighted to welcome Natalie to the team. She’s an incredibly hardworking Councillor who cares passionately about the community she serves. Despite being in different political groups, we’ve had a really positive working relationship with Natalie for several months now and we’re looking forward to working even more closely with her to continue delivering real improvements for Barlborough, Clowne and the wider Bolsover district.”

The newly elected Conservative MP for Bolsover, Mark Fletcher added: “Natalie is an excellent community Councillor and I know she’ll be a great addition to the team. Since David and Maxine were elected as the first Conservative Councillors in Bolsover in over 20 years and my election as the first ever Conservative MP, it’s clear that our area is changing. People are fed up of the tired old politics of Labour taking them and their vote for granted. It’s only the Conservatives that can deliver the real change that Bolsover needs and I’m really pleased that Natalie will be part of that.”

Transport Secretary Grant Shapps on building a railway fit for the future.