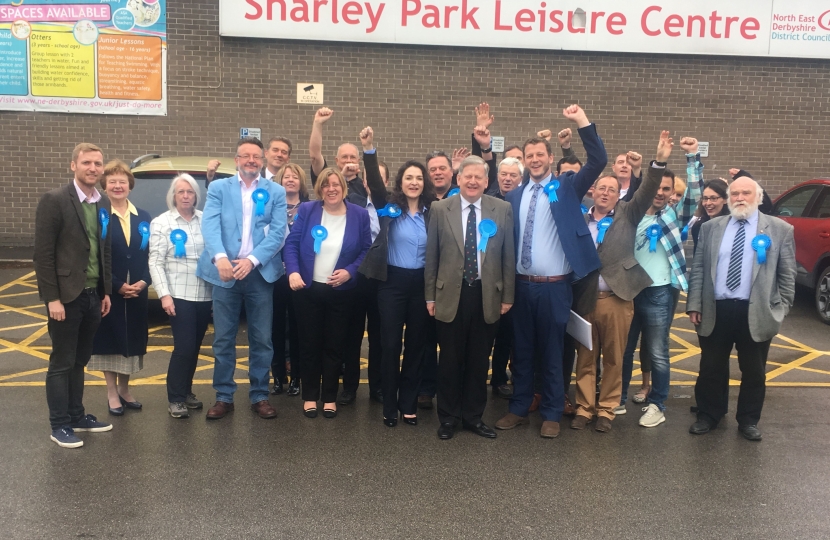 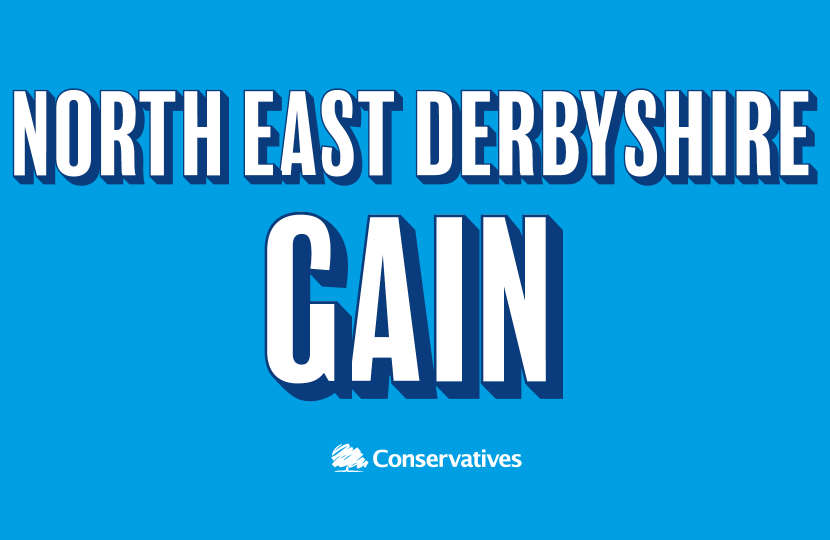 For the first time ever, Conservatives have gained control of North East Derbyshire District Council.

“For too long, the Labour Party has been complacent and failed to properly discharge their duties to local residents.

“Our new administration will get straight to work on our positive manifesto to make North East Derbyshire even better: tackling planning issues, keeping our area clean & tidy and freezing council tax.

“It’s not going to be easy – Labour has controlled the district council since the 1970s and it’s going to take time to sort out the mess they have left and overcome the many challenges.

“We are going to have to work hard and make some challenging decisions over the coming months to ensure that local residents are properly served by their district council.

“We ran a positive campaign and engaged with people on the local issues that matter the most to them. I am glad that residents believed in our plan for North East Derbyshire and helped usher in a fresh start for the district.

“Thank you to everyone who voted and all of our candidates and outgoing councillors.

North East Derbyshire Conservatives conducted a positive campaign focused on local issues – offering residents a fresh start and change to the district for the first time in a generation.

One of the greatest issues surrounding the campaign was the previous Labour administration's proposals to build on the green belt and other planning policy failures.

The Conservatives at North East Derbyshire District Council will now take the time to tackle the challenge of addressing the mess that the Labour Party left of planning policy in the district.

“I’m extremely proud of our new councillors who have stood up to represent their communities including Conservatives for the first time ever in Eckington, Killamarsh and Unstone.

“Even with the national difficulties, we are turning the page in North East Derbyshire and putting residents first. Thank you to everyone who supported us and I’m looking forward to working with our new Council!”