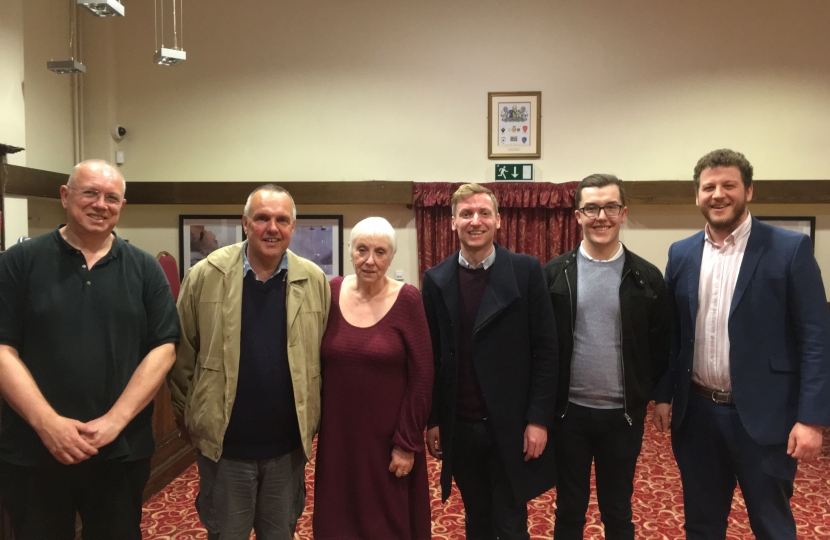 Conservatives in Killamarsh made history on Thursday night by winning three council seats from Labour in a by-election.

Lee Rowley, Member of Parliament for North East Derbyshire, commented: “This is a huge moment for Killamarsh.”

“The result sends a clear signal that people are ready for change in the village. This was the first contested Parish Council election in Killamarsh since the 1990s and the village has been taken for granted by the local Labour Party for far too long.

“Residents have responded positively to our three new councillors because they are genuinely standing up for local residents and addressing their concerns, such as by opposing the threat of greenbelt development due to the Labour District Council.

“Thank you to all residents who turned out to vote and helped made history.”

Lee Rowley MP held a public meeting recently regarding the threat of greenbelt development in Killamarsh. Dozens of residents attended to protest the proposals within North East Derbyshire District Council’s Local Plan to remove land in Killamarsh from the greenbelt.

Lee Rowley, Cllrs Pat Bone, Chris Curzon and David Drabble have been putting pressure on the Labour District Council to re-think their plans.

Cllr Alex Dale, Chairman of North Derbyshire Conservatives, commented: “Huge congratulations to Pat, Chris and David who have worked so hard and will bring a breath of fresh air and new ideas to Killamarsh Parish Council.

“This victory is symbolic of Labour’s failure to address residents’ concerns across the whole of North East Derbyshire. As we approach the District Council elections next year, I hope other communities in the District see the great work that our Conservative campaigners are doing locally and vote for real  change, like what we’ve seen this week in Killamarsh.”

The Conservatives won 1,418 votes collectively against 996 Labour votes in the Killamarsh Parish by-election. The turnout was 23.41%. The full results can be found here: http://www.ne-derbyshire.gov.uk/images/Repository/D/Declaration_of_Result_of_Poll_Killamarsh.pdf