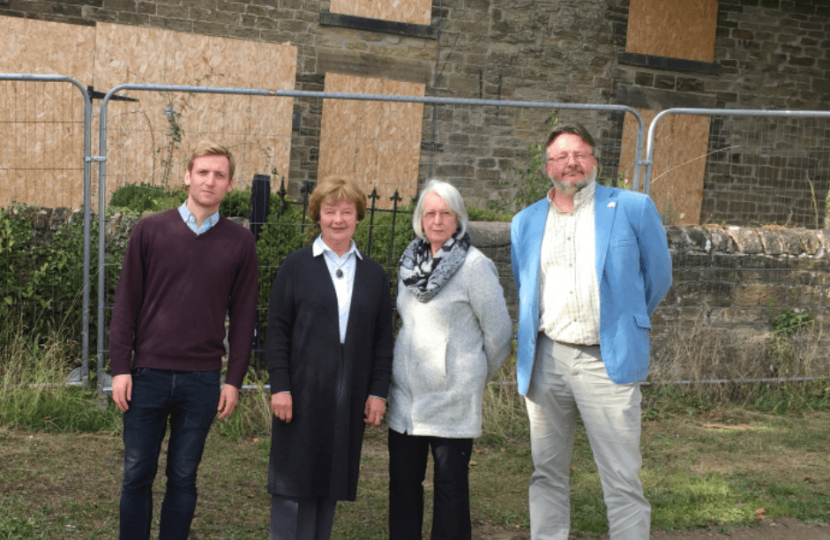 Lee Rowley, Member of Parliament for North East Derbyshire, has criticised out-of-date local planning policies that are “coming back to bite us” as more unplanned housebuilding is permitted in the face of opposition from local residents

In the last couple of months, North East Derbyshire District Council has lost, or chosen not to defend, three appeals for housebuilding – two in Wingerworth and one in Winsick.

As a result, 340 houses will now be built which weren’t in the original plans for our area – all as a result of the District Council’s failure to manage planning properly in the last few years.

The Council recently lost appeals for 180 houses to be built at Deerlands Road, Wingerworth and 160 off Mansfield Road, Winsick – and received heavy criticism from local residents for not stopping these developments.  Neither of these pieces of land are in the District Council’s hugely controversial draft development plan which is running years late.

A few weeks ago, the Council also effectively withdrew from defending an application for a further 35 houses at Hockley Lane, Wingerworth, as a result of these two other decisions.

“Yet again North East Derbyshire District Council are letting down residents with their failures on planning,” said Lee.

“We now have another 340 houses which will be built and which the Council didn’t originally want – all because they didn’t get their paperwork and plans in place a few years ago.

“North East Derbyshire’s failures over so many years are coming back to bite us now – and more approvals are possible as a result of this, too. Speculative applications for housing have also been submitted in Old Tupton, North Wingfield and elsewhere in Wingerworth.

“The whole point of a Local Plan is that residents and councils get a say in where housing is planned in their area – rather than it being dictated to them by developers submitting speculative planning applications.

“Local residents deserve better from their District Council and I will continue to work with local residents to hold NEDDC to account.”

“We remain concerned that residents are on the receiving end of the Labour Group’s apparent inability to listen to the views of others.”