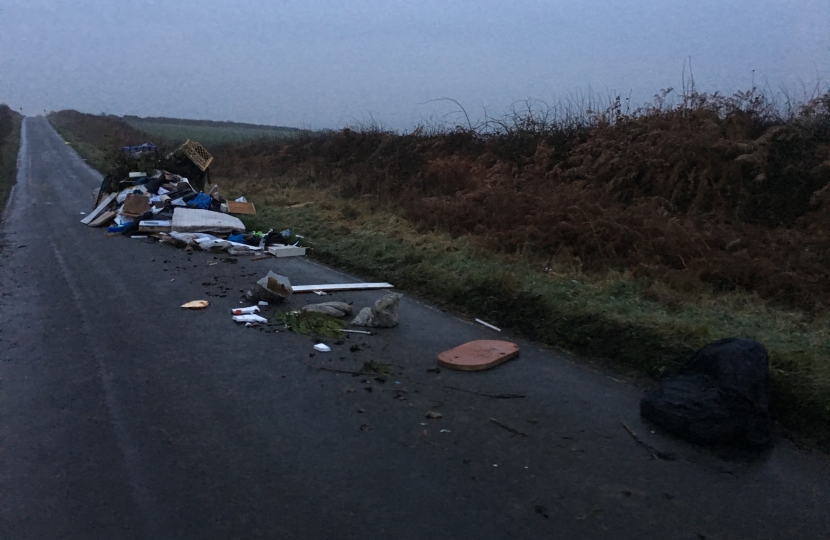 Newly Conservative-run North East Derbyshire District Council has embarked on a wide-ranging review of enforcement activity in the area, in an effort to crack down on flytipping, planning breaches and parking problems.

As part of the review, Conservative Councillors have confirmed that consideration will be given to the use of the full range of penalties available to local authorities, including the seizure and destruction of the vehicles involved and hefty fines, which are both permitted in the Control of Waste Regulations 2015.

The matter was discussed at a full meeting of North East Derbyshire District Council earlier this week, where the Conservatives revealed that last year, while the Council was run by Labour, just 1% of incidences of flytipping resulted in fixed penalty notices.

Commenting, Deputy Leader of the Council, Cllr Alex Dale said: “We simply must do better than that. For several years in opposition we urged Labour to do more and get tough on flytipping, but sadly to no avail. Now that we’re running the Council we have an opportunity to deliver a fresh start and improve the authority’s response to an issue which we know is of great concern to many residents in our rural district.”

The Council’s Cabinet Member for the Environment, Cllr Charlotte Cupit said: “We know that if done properly, well-publicised and high profile enforcement action against flytippers can save the Council money in the long term, because it acts as a deterrent and helps to reduce the overall number of incidences the authority has to clean up each year.”

Cllr Martin Thacker MBE, Leader of the Council, added: “Flytipping is a scourge on our environment and for too long residents have had endure a half-hearted Council response to it. Our wide-ranging review will explore all possible options to tackle this issue including enforcement, publicity, education and greater partnership working. But it’s not the only problem our residents face and that’s why we’re also looking very closely at our options to crack down on planning breaches and parking problems.”