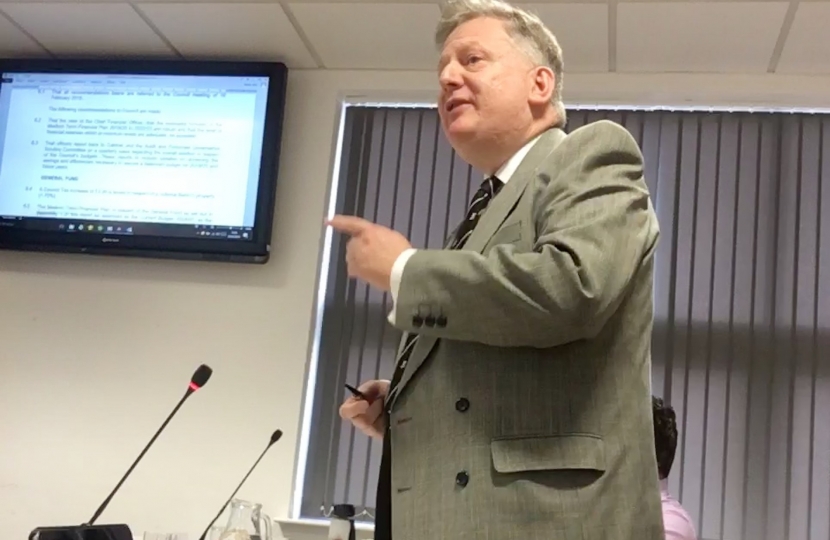 North East Derbyshire District Council’s tax hike of 1.75 percent places an unnecessary burden on residents, and if Conservatives were in power there would be a council tax freeze, the Leader of the Opposition has said.

The Labour controlled council announced the rise on Monday (18th February) and rejected a Tory plan for a cross party review to ensure the budget was fit for purpose.

Conservative Group leader Cllr Martin Thacker said: "There is no valid reason for raising Council Tax and a freeze to help local residents is needed.  The people of North East Derbyshire deserve better."

He called for a complete reappraisal of council policies, operations and activities with a view to curbing unnecessary expenditure and waste.

Cllr Thacker added: “In successive years the Labour Group at NEDDC has hiked up Council Tax and chosen to do so again this time.  Conservative councillors have consistently challenged budgetary decisions and once again proposed a Council Tax freeze.

“The Conservative Group believes that the budget is flawed. Examples include vanity projects that involve spending thousands of pounds of local people’s money on publicity and marketing. There are many better ways of managing the budget without any impact on front line services and may actually enhance them.  NEDDC is sitting on millions of pounds of reserves, with two million unallocated.”

2022 Spring Forum to be hosted in Blackpool