Letter to the Editor from Coal Aston Conservatives 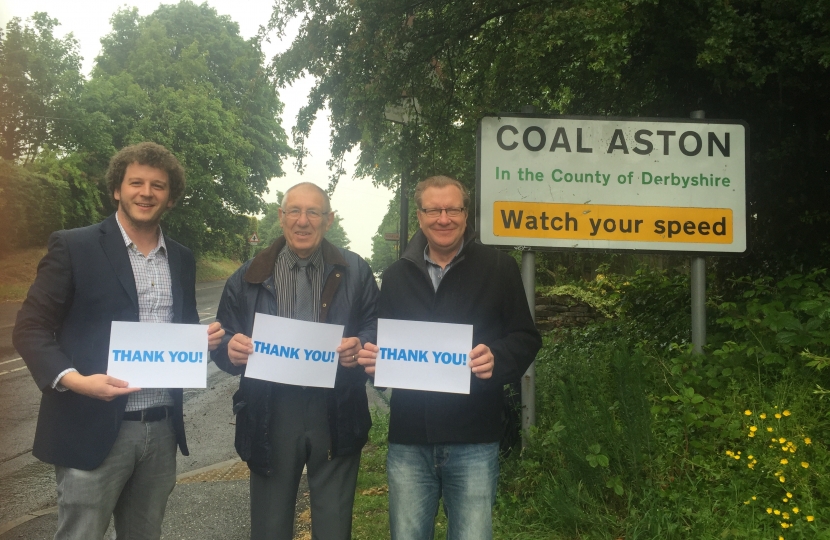 We wish to thank the residents of Coal Aston Ward for their support at the Town and District Council elections last month.

Thanks to them we won a decisive victory in both elections, achieving 1975 votes to Labour's 1299 and UKIP's 283 (in the District poll), giving us a clear mandate to stand up for local people.

However we'd like express to local residents that regardless of how you voted in the elections, we're here to represent you and we're eager take on any issues which you'd like to raise with us.

We will also continue to work hard on the issues on which we campaigned during the election: better bus services for our area, protection for the greenbelt and improved road and pavement surfaces. And we'll keep in touch throughout the year with regular newsletters, advice surgeries and surveys.