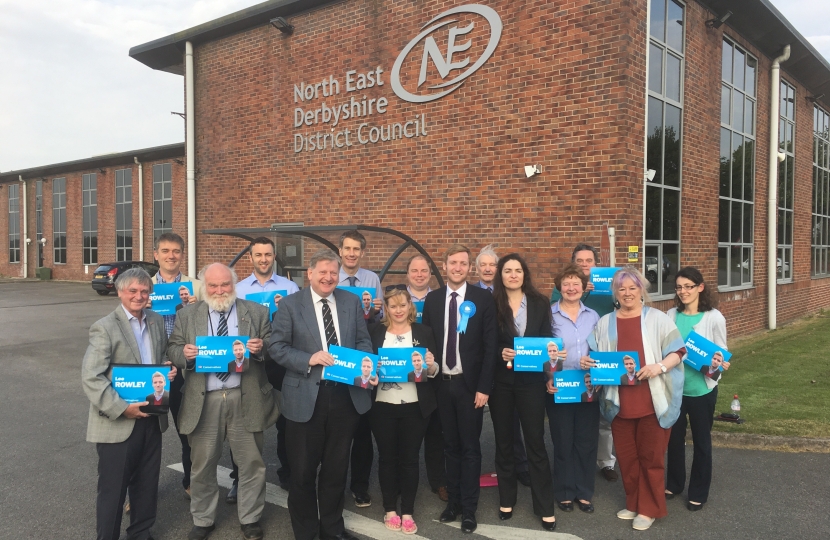 Lee Rowley, Member of Parliament for North East Derbyshire, has criticised a local council for running a bungled consultation on plans for housebuilding in the District.

North East Derbyshire District Council (NEDDC) launched a consultation for their local development plan in February, which sets out where the Council wants houses to be built over the next fifteen years.

Since the consultation launch, the Council released three key evidence documents late – including crucial documents outlining why the District Council wants to build on greenbelt land.  As a result, for the first few weeks of the consultation, residents were effectively being asked to comment on plans without all of the information on those plans having been published.

As a result of these key documents being released late, the Council announced that they were extending their consultation for some – but, crucially, not all – of the documents by another month.

The changes to the consultation have now sparked confusion amongst interested residents.

“Documents were missing at the start of the consultation, then released late and now the Council are still taking comments on underlying documents from residents but no longer accepting views on their wider plans.  You couldn’t make it up!”

Cllr Martin Thacker, leader of the Conservative Group at North East Derbyshire District Council commented: “North East Derbyshire has bungled this local plan from the outset. They’ve been trying to implement a new plan for nine years but in this final public consultation stage, they have got into a real mess.  We run the risk of a bad local plan being put in place late as a result of the Council’s apparent incompetence."

“Whatever happens with this local plan, the Council need holding to account for their failure to protect our area over many years.  We need change at North East Derbyshire District Council.”

Lee Rowley is encouraging any residents who are unclear about what the Council is doing on the local plan to get in touch with his office who will be happy to help.

Residents are encouraged to get in touch with Lee if they are still unaware of the proposal within the Council’s draft plan by calling 439222 or emailing lee.rowley.mp@parliament.uk