Somersall and Walton residents have a clear message: “Switch the lights back on!” 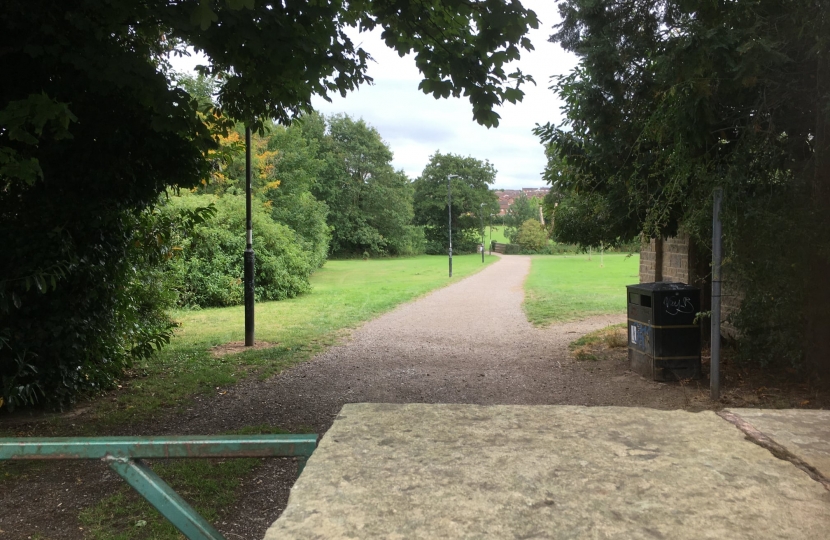 Conservative County Councillor for Walton and West, John Boult has criticised a decision to switch off the lights in Somersall Park every night between 9.30pm and 5.00am, which has been supported by the local Liberal Democrat Councillors.

Whilst acknowledging it is unfortunate that there have been a number of anti-social gatherings in recent weeks, Cllr Boult has claimed the current plan only works in theory and not in practice.

Many locals have commented on the Liberal Democrat Councillors’ proposed solution, with one resident saying: “Something needs to be done to stop gatherings taking place at night but switching the lights off is only going to make the area more dangerous.”

Cllr Boult says he supports the users of Somersall Park including dog walkers and others who want to walk safely between Walton and Somersall. Commenting, he said: “Dispersing groups is a matter for the Derbyshire Constabulary and local Community Support officers. Switching off the lights is not going to deter any groups but rather make it more inviting for dangerous activity. I have written to the Borough Council to raise residents' concerns and urge them to reverse their decision. I will work with the local community and other interested parties to get the lights switched back on.”

The Prime Minister's statement on the death of His Royal Highness The Prince Philip, Duke of Edinburgh