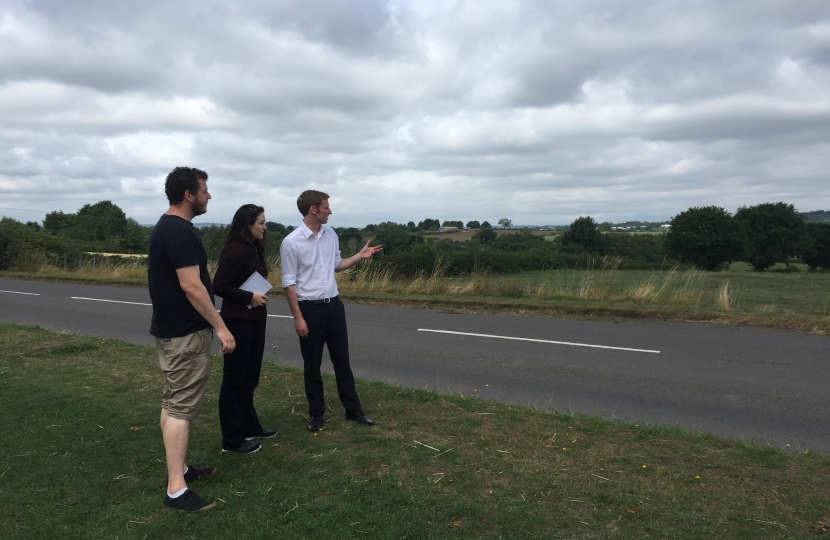 North East Derbyshire District Council has been forced to debate a petition signed by over 4000 Dronfield residents opposing plans for hundreds of new houses on the green belt around the town, following a motion put forward by Opposition Conservative Councillors.

The petition began last year after the Labour-run District Council announced plans for hundreds of new houses on the green belt around communities such as Dronfield, Eckington and Killamarsh, as part of their draft Local Plan. The petition read as follows:

“We, the undersigned residents of Dronfield, are opposed to plans to remove land from the Dronfield green belt for development. We call upon North East Derbyshire District Council to reject the proposed plan.”

Local Plans map out where and when a planning authority wishes to see development taking place over the next 15-20 years and how much should be required.

Then in May, despite very strong opposition from the Conservatives, Labour Councillors voted through changes to the constitution to block petitions on issues currently, or about to be, subject to consultation, including any items relating to the Local Plan.

However, during a full meeting of the Council last month, Conservative Opposition Councillors put forward a motion for the Council to “note and debate” the wording of the petition, effectively forcing the authority to hold the debate it had tried to avoid.

Commenting, Coal Aston Councillor and Deputy Leader of the Conservative Group, Alex Dale said: “Like many residents, I was shocked at District Council’s attempts to shut down debate on this hugely important local issue. The changes to the petition scheme fly entirely in the face of local democracy and we’ve strongly opposed them every step of the way. But we weren’t prepared to let the matter drop. Despite the Council’s best attempts to block it, I’m pleased that through our motion we were able to give the 4105 residents who signed this petition the debate they deserved.”

The Conservatives also put forward a further motion urging the Council to reverse the changes to the petition scheme and take other steps to address the “democratic deficit” at the Council, including strengthening scrutiny committees. Both motions however were sadly rejected and voted down by the Labour Group.

The Leader of the Conservative Group, Cllr Martin Thacker added: ““It would be completely understandable for people to wonder why local residents would feel that Labour’s NEDDC isn’t listening to them.  By rejecting our requests for a debate on a petition signed by thousands of local people, the Labour led authority appears to be flying in the face of democracy.”