Welcome to the website of the North Derbyshire Conservative Association, representing the Parliamentary constituencies of Bolsover, Chesterfield and North East Derbyshire. Here you can find the latest news, information about us and our elected representatives, what we are doing and what we believe in.

We're here to help, so please get in touch if you have any concerns or queries. You can reach us by emailing office@northderbyshireconservatives.org.uk, or by post or phone - details are on the Contact page. 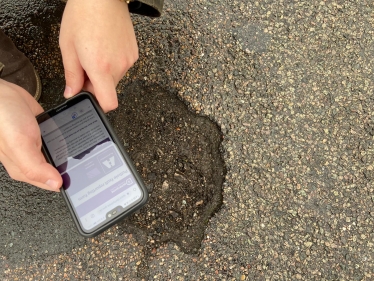 Derbyshire Conservatives announce over £40million investment in the County's roads

Conservative-run Derbyshire County Council has announced that more than £40million will be spent on the County's roads and pavements over the next 18 months - roughly double what is typically spent over that period of time.

This year, extra money has been pledged by the government for road maintenance, including potholes, and the council has successfully bid for a further £5 million for retaining wall and drainage works on the A6 between Matlock and Whatstandwell.

"Let's get on top of this!" MPs and Council Leaders urge North East Derbyshire residents to work together to reduce Covid rates as District moves to Tier 2

North East Derbyshire District Council has helped to secure £500,000 from the