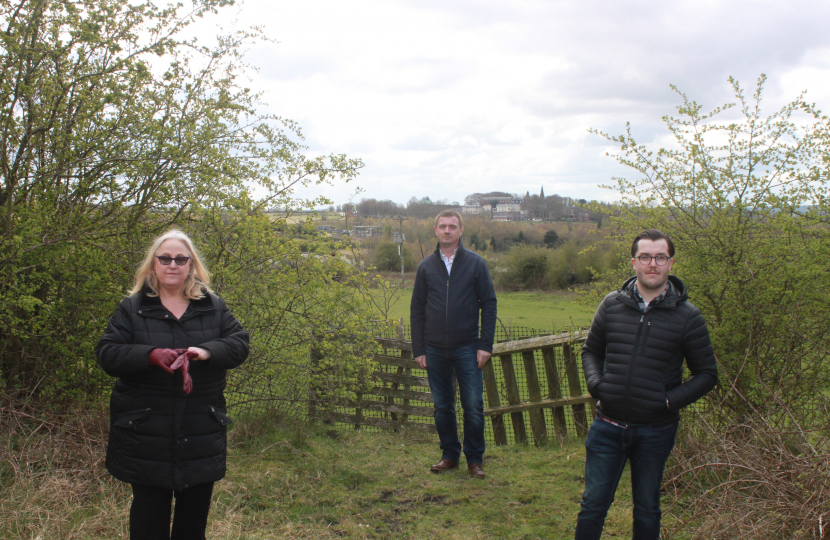 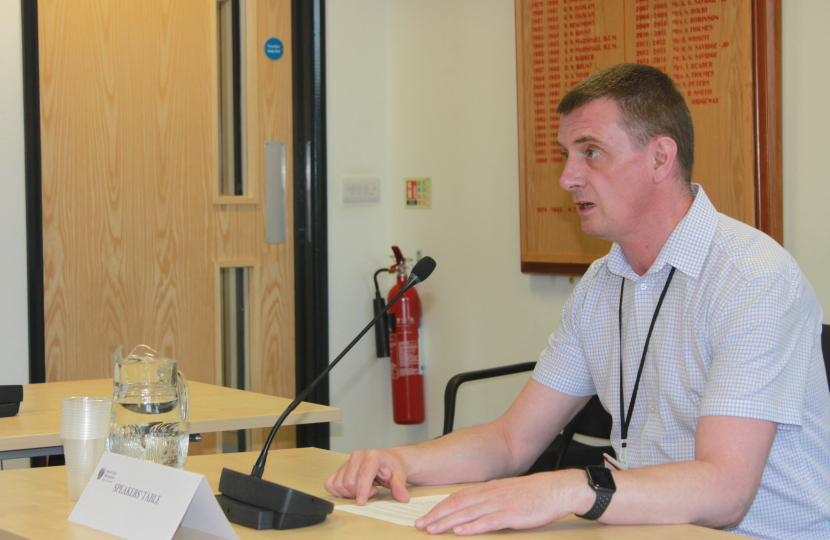 Lee Rowley MP and Killamarsh’s Conservative Councillors have strongly welcomed the decision by North East Derbyshire District Council’s planning committee to reject the application for nearly 400 houses on the site of the old Westthorpe colliery in the village.

Proposals to build houses at Westthorpe have been around for more than a decade and this current application was initially submitted back in 2018.  If it had been successful, it would have seen outline permission for 397 houses to be built on the south-eastern edge of the village.

At a packed planning committee hearing at North East Derbyshire on Tuesday, resident after resident highlighted their concerns about the application building on the hundreds of written responses also submitted in advance from the community.  Lee Rowley MP along with Killamarsh Conservative Councillors, Stephen Clough, Alex Platts, Wendy Tinley, Chris Curzon and Brian Clamp all spoke out in opposition to application.  After an extensive debate, the committee rejected the application on the grounds of density, infrastructure, incursion onto green belt and for other reasons.

“This is very good news for the residents of Killamarsh,” said Cllr Stephen Clough, the Chairman of Killamarsh Parish Council and District Council for Killamarsh West.  “Residents have been clear that this application is too big – and, along with my Conservative colleagues in the village, we have supported local residents in their objections.  Congratulations to everyone for their hard work.”

“Put simply, this is the wrong proposal in the wrong place at the wrong time,” said Cllr Alex Platts.  “It is fantastic that the planning committee have listened to residents who have made clear their opposition over such a long time.”

“Along with local Councillors, a huge ‘well done’ to residents for fighting this for so long,” commented Killamarsh’s Member of Parliament. Lee Rowley.  “Whilst we may not have seen the end of this application, Tuesday's outcome was good news and I’m very glad the planning committee rejected the application.  I want to pay tribute to local residents and, in particular, the Killamarsh RAGE group, for all of their work over so many years.”

Lee Rowley MP and Cllrs Charlotte Cupit and Barry Lewis have welcomed the launch of a new consultation as the next step in the plan to try to tackle congestion on Derby Road.